Managed IT Services and IT Solutions Provider

ACS is Boston’s premier, full-service IT Solutions Provider, equipped to work with clients of all sizes and industry sectors. For 30 years, we have been the choice of successful companies for managed IT services and tech support. Our reputation is well earned. We provide a wide array of crucial business IT support, computer support, and managed IT services to meet the ever-changing demands of your company. Our collection of business support services include:

Our experienced team of engineers is able to provide you with all tech support services you’ll need, including Network Support, Server Support, PC Support, and Help Desk On-Demand Services.

With more than 100 years of combined IT support experience, you can rest at night knowing that ACS is meeting your technology needs.

Serving Greater New England and the surrounding areas, our comprehensive, proactive Managed IT Services Team is available 24/7, 365 days a year.

Have you ever wondered what best-in-class IT services look like? With more than 30 years of client relationships and more than 100 years of combined industry knowledge, ACS has solutions that focus on our clients’ budgets and overall satisfaction.

We understand that IT outages affect the productivity of your employees and ultimately the success of your business. Find out how ACS partners with you by aligning itself with the goals of your firm to help you grow. We worry about your IT needs so that you can worry about your bottom line.

“Our mission, to treat every client with the highest level of respect, integrity, and professionalism while providing the optimum level of service that our industry has to offer.” – William J. Adams, Jr.

As a family-run business for over 30 years, our philosophy has never changed. We strive to be all things to our clients with respect to their IT needs, and while the past three decades have witnessed an ever-changing economic landscape, our values have remained firm. We treat clients as partners and address their IT needs thoughtfully. These days, technology changes at an incredible rate, but our information technology experts are always in-the-know when it comes to this fast-paced, complex industry. ACS creates an environment where clients benefit from IT solutions that are both rewarding and secure.

We have helped businesses that are just opening their doors, as well as third-generation businesses that are going through critical transitions. ACS is committed to staying ahead of the curve because it’s our passion and it’s what our clients need and expect. As business owners, we respect our clients’ operational models, budgets, and individual necessities, recognizing that in order to be the best, like Bill Belichick and the New England Patriots, we need to get the job done and done well.

ACS was founded in 1985 by William J. Adams, Sr., who decided to become an entrepreneur and pursue his lifelong passion for improving the performance of IT systems through hands-on analysis and the use of proprietary hardware and operating systems.  He named the company "Advanced Computer Solutions" (ACS) and began to build and brand his servers and workstations by hand-selecting the best combination of components to maximize performance and system dependability.  Bill launched ACS out of his home and envisioned offering top-level technology services and solutions to local businesses -- a concept that did not exist at the time.  A mere three years later, his customer base had grown considerably, and Bill was able to hire, train and develop a team of dependable and highly-skilled engineers.  Shortly thereafter, he was joined by his son, William J. Adams, Jr., who shared his passions and interests and helped the business continue to grow and prosper by building close and trusting relationships with an ever-expanding array of customers.

Today, William J. Adams, Jr. and the rest of our team here at ACS continue to build ACS and run the company with the same commitment and passion that his father embraced when he launched the business almost four decades ago.

ACS moved their corporate headquarters to North Easton Massachusetts, and along the way, continued building and developing a strong, diversified team of experienced engineers, always instilling the primary goal of providing best-in-class service and support.

By the mid-90s, ACS incorporated into ACS Services Inc. and was being referred by competitors and customers alike. The company became known for resolving issues quickly and accurately, servicing businesses all over New England, which confirmed its position as a leading tech support and service provider in the Northeast. ACS had earned a reputation for delivering top-line solutions within budget. In fact, as their client base continued to strengthen through word of mouth, the team realized they were fulfilling a need, not only for IT experts but also for trusted advisors in the technology field.

With an average growth rate of 30% per year by 2001, ACS relocated its headquarters again, doubling their office space. The company expanded again in 2006 by leasing space in Cambridge to create ACS Cloud Services Offering, and then again in Marlborough. In 2007, ACS opened a remote workplace in Boston as a satellite sales office and was recognized by Fast Growth 100 and Inc. 500. They were also featured in CRN magazine as a leading supplier of technology services.

Today, ACS resides in a 10,000 square foot Technical Operations and Data Center, located in Brockton, Massachusetts, employing over 30 individuals. Strategic partnerships with key industry vendors, such as Microsoft, Cisco, Hewlett Packard, ConnectWise, and Data Gravity, have helped fuel this hyper-growth and have allowed ACS to build its track record of client success stories throughout the Northeast, with accounts being serviced across the United States. 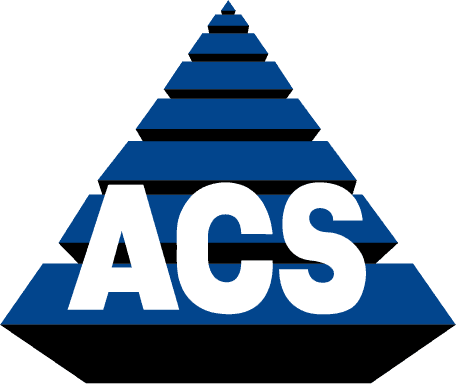 Get to know more about our Management Team

Meet The Rest Of Our Team
Careers

We have some open seats to fill! ACS is always seeking to add committed and dedicated professionals to our team. We appreciate and relate to those who have a curiosity, passion, and expanding interest in technology. If you are intelligent, self-motivated, tech-savvy, and professional, we would like to hear from you.

Philanthropy has been described as a “love of humanity” in the sense of caring, nourishing, developing, and enhancing “what it is to be human.”

At ACS, we embrace this definition and we are serious about following through with our mission by being a philanthropic company that strives to give back to our community.

Among the charitable and philanthropic activities they have undertaken through the years, members of our leadership team have served on the boards of organizations like the “Room to Dream Foundation.” We also have worked with “Wide Horizons for Children.” In addition, ACS employees actively volunteer in their communities with our support and endorsement, serving youth sports organizations, as members of school fundraising groups, and engaging with a variety of nonprofits in the Brockton, Massachusetts area and beyond. Community engagement and philanthropy are part of our DNA at ACS. They are part of who we are and how we define our culture as an organization.

Here are just some of the other groups, organizations, and initiatives ACS has helped support through the years. For additional information about any of these special organizations, please contact William J. Adams, Jr., wjajr@acs.com.

Here are some of the Charities and Organizations ACS supports: 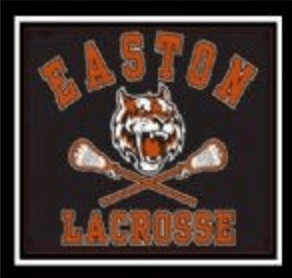 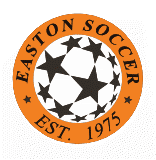 Foundation for Excellence in Education 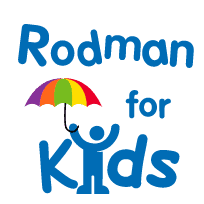 See what our customers are saying about us!

ACS Services is Boston’s premier, full-service IT solutions, and tech support company, equipped to work with clients of all sizes and industry sectors. See what some of our 9,361 business users have said.

"For over 5 years, ACS Services, Inc. has provided Healthcare Billing Specialists with outstanding service and support. Their knowledge of technology combined with the level of service we receive is incomparable. I completely rely on ACS for all of my IT needs, including hardware and software purchasing assistance, ongoing relevant IT advice, and complete remote/onsite support. Their proactive approach to monitoring and managing my systems provides me with a feeling of security on a daily basis. ACS is truly a valued business partner and I feel very fortunate to have them supporting my business."